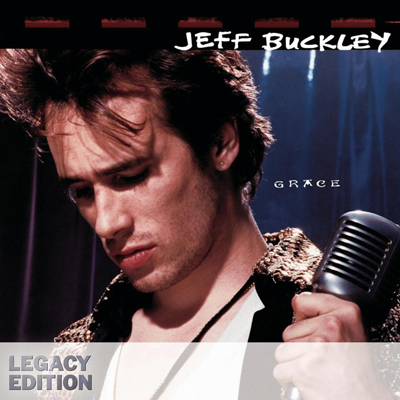 Jeff Buckley’s debut album, Grace, has been heralded by many journalists and musicians as one of the best albums of the ’90s. Today, 10 years later, Jeff’s music continues to inspire and influence fellow musicians, artists and fans around the globe.

Jeff Buckley was a prolific singer/songwriter, always striving for perfection. He would record many of his songs in various styles. Jeff also took time to record a number of songs by the artists that inspired him. Both of these aspects of Jeff’s music are encompassed on Grace (Legacy Edition). Disc One features the original album newly remastered for a new sonically rich, crisp sound not heard before. Disc Two features perviously unreleased live recordings and material recorded during the Grace sessions, including the highly sought-after track “Forget Her.” “Forget Her” was originally recorded for the Grace album but was taken off by Jeff after he and band member, Michael Tighe wrote “So Real.” This marvelous new edition also includes many previously unseen photos and new insightful liner notes and song by song annotations for the bonus material.

Grace (Legacy Edition) also includes a bonus DVD featuring a newly expanded version of the original Grace documentary (included on the Live In Chicago DVD), now titled The Making Of Grace. The Making Of Grace includes original documentary material interwoven with new and archival interviews with band members and producers, featuring rare unseen footage of Jeff in the studio recording the album. In addition, this fantastic bonus DVD features all four videos done for the album and a new video done for the previously unreleased track “Forget Her.”

With a treasure trove of material (most perviously unseen and unheard), Grace (Legacy Edition) is the definitive document of a brilliant artist and talented performers – an essential recording for fans and collectors.