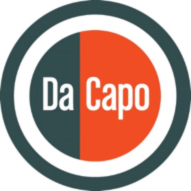 Jeff Buckley, one of the most influential pop music artists of our time, is adored by everyone from Radiohead to Adele and is known for his moving version of Leonard Cohen’s “Hallelujah.” During the last ten years of his life, Buckley chronicled his thoughts, creative struggles, and personal journey in a series of journals that have not been seen before. Jeff Buckley: His Own Voice (working title)—compiled and edited by Mary Guibert (Jeff Buckley’s mother and the executor of his estate) and Rolling Stone contributing editor David Browne, author of Dream Brother, the definitive account of Jeff Buckley’s life and music—will mark the first-ever publication of those handwritten accounts. Combined with reproductions of other memorabilia—artifacts from his life along with letters, notes, and unpublished, hand-written lyrics—the book will immerse fans and readers alike in Buckley’s world, taking them deep into his mindset and life. For those who grew up with his music and those who are just discovering it, Jeff Buckley: His Own Voice will help complete the picture of one of the most singular musicians of the last two decades—and in his own, extremely vibrant words.

Hachette Audio will also produce a stand-alone audio book companion, which will feature some of Jeff’s personal recordings—such as his list of “100 things to do,” the original radio drama he used for outgoing voicemail messages, and voicemails he kept of his own calls.

Born in 1966, the son of musician Mary Guibert and singer-songwriter Tim Buckley, Jeff Buckley came of age in and around Orange County, California. After graduating high school he attended the Musicians Institute in Los Angeles, where he went in search of his musical identity, playing reggae, jazz fusion, and other genres. After appearing at a tribute concert to his father in New York in 1991, he was “discovered” by the music business and signed with Columbia Records the following year. The label released Live at Sin-é, an EP, in 1993, followed by Grace in 1994.

Eventually a platinum album, Grace was critically acclaimed and resulted in rabid fan bases in the U.S., the UK, Australia, Italy, and France. MTV regularly aired his “Last Goodbye” video, and Buckley was able to meet many of his musical heroes, from members of Led Zeppelin to Paul McCartney to Qawwali singer Nusrat Fateh Ali Khan. Ever introspective, often wracked by feelings of self-doubt and searching to find his way in the increasingly corporate music business of the ’90s, Buckley was in the midst of recording his much-anticipated third release in Memphis in 1997 when he accidentally drowned in the Wolf River, a tributary of the Mississippi.

Tracing his musical development, his conflicted feelings about the music business, and the growth of his talent, the journals also contain unsent letters, diary entries, drafts of lyrics, and amusing doodles. Reproductions of those hundreds of pages will form the spine of Jeff Buckley: His Own Voice. In addition to writing a foreword essay and interstitial material, David Browne will assist Mary Guibert in compiling and editing those hundreds of pages into a chronological order that will emphasize narrative coherence while telling the story of Jeff’s life from his own point of view. With judicious editing and arranging, it will start with his earliest memories of growing up in Orange County and proceed chronologically, with the final entries written mere months before his untimely death. The book will also include many unseen photos and personal artifacts from the Buckley archive.

According to Executive Editor Ben Schafer, “Jeff Buckley’s journals are a fascinating glimpse into a singular and influential musician’s development as an artist and a person, a window into his mind in real time as the unusual events of his life unfolded. Da Capo Press is honored to be working with the Buckley estate and David Browne to bring them into the world.”

As Mary Guibert explained, “There have been and probably always will be those who wish to speak for my son, take credit for his success, or put words in his mouth. In choosing these pages to share with the world, I’m giving him the chance to speak with his own voice, for the record…and for his fans to see what a sweet, funny, amazing human being he was.”

David Browne added, “So many times while working on Dream Brother, I wondered why Jeff, one of the most charismatic and powerful musicians to emerge in the ’90s, made certain decisions or went down certain roads. Now, with more of his journals available to us, we can get answers to some of those questions and learn more about his creative process and restlessly searching mind. I couldn’t be more honored to aid the process of allowing Jeff to tell his own story, in his own words.”

Da Capo Press Executive Editor Ben Schafer took World, translation, and audio rights at auction, and the book was represented by Erin Hosier of Dunow, Carlson & Lerner Literary Agency. At present date, Jeff Buckley: His Own Voice is slated for Spring 2019 publication, to coincide with 25th anniversary of Grace.

Mary Guibert is the executor of the Jeff Buckley Estate. In her role as curator of her son’s music, she has compiled and produced a series of well-received releases, including Sketches for My Sweetheart the Drunk, Mystery White Boy, So Real: Songs of Jeff Buckley, and the acclaimed 2016 album You & I, the first of two forthcoming collections of previously unheard 1993 sessions. She is based in Northern California.

David Browne is a contributing editor at Rolling Stone and the author of the acclaimed Dream Brother: The Lives and Music of Jeff and Tim Buckley (Harper, 2001), a steady back-list seller that remains in print after 15 years; Fire and Rain: The Beatles, Simon & Garfunkel, CSNY, James Taylor and the Lost Story of 1970 (2011), called “one of the most entertaining and informative books of the year” by NPR; and large-scale biographies of the Grateful Dead (So Many Roads) and Sonic Youth (Goodbye 20th Century). Browne is based in New York, where he first saw Buckley perform at the Sin-é club in 1993 and conducted one of Buckley’s first major interviews, for the New York Times, that same year.