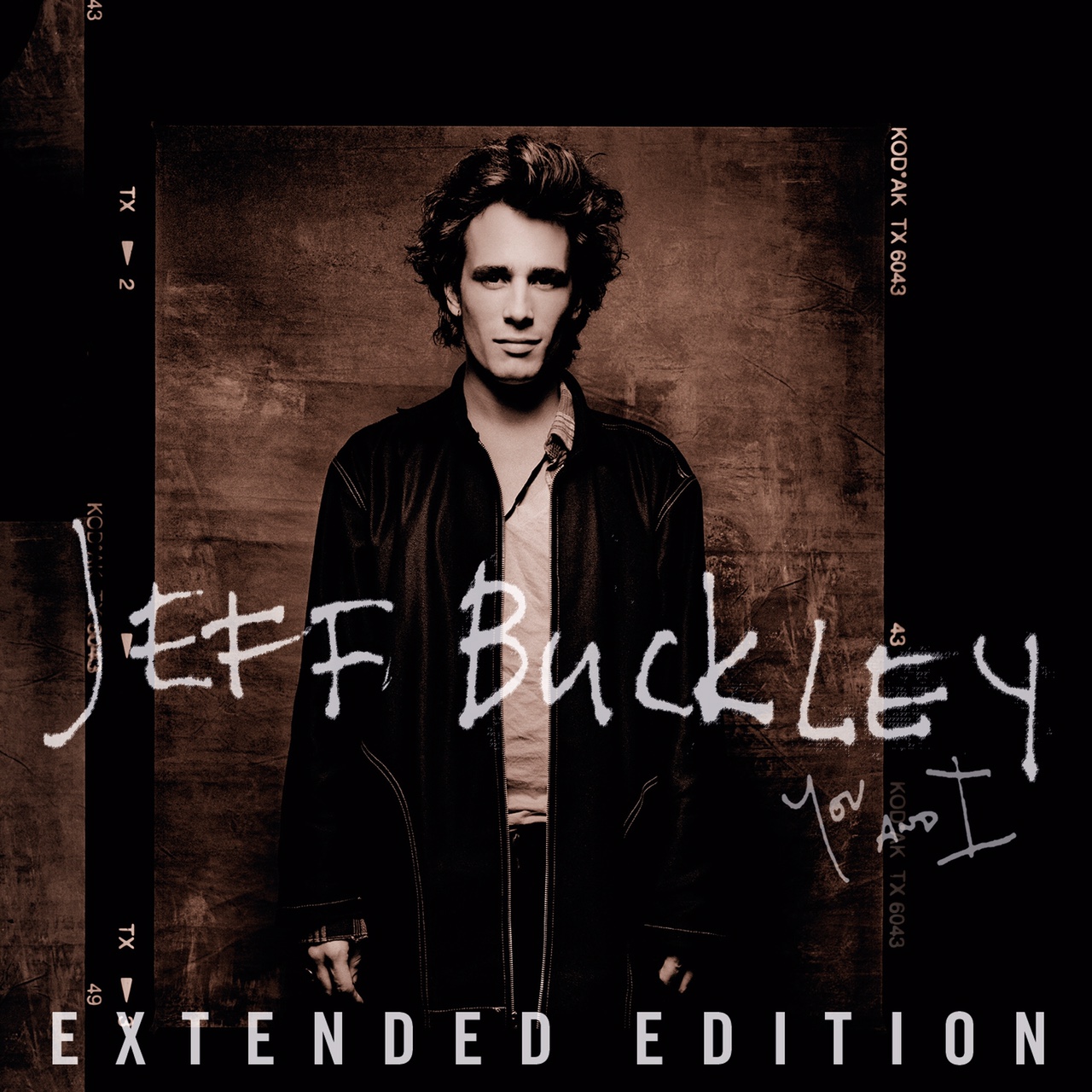 Columbia Records and Legacy Recordings Commemorate Jeff Buckley’s 50th Birthday with Streaming-Only Release of You And I–Extended Edition on November 16, 2016

You And I–Extended Edition puts the listener inside the studio for an intimate, fly-on-the-wall immersion into Jeff Buckley’s first recordings for Columbia Records. Hear unfiltered studio dialogue as Jeff hones his musical technique on complete, unedited takes of “Everyday People,” “Calling You,” “Dreaming Of You And I,” “The Boy With The Thorn In His Side,” and “Night Flight.”

The original version of You And I, the very first studio recordings made by Jeff Buckley for Columbia Records, was released by Columbia/Legacy in March 2016.

Featuring more than 65 minutes of music, You And I–Extended Edition presents 10 fully-realized tracks (most of them recorded in Steve Addabbo’s Shelter Island Sound studio in February 1993) which have gone virtually unheard for more than two decades. Recently discovered in the Sony Music archives during the research for the 20th anniversary edition of Buckley’s Grace album, the performances on You And I are a revelation, an intimate portrait of the artist performing a variety of cover songs and original music expressing a range of emotion channeled through his singular sensibility.

The song choices on You And I–Extended Edition reveal, in part, the eclectic scope of Jeff Buckley’s extraordinary musical tastes and abilities. The covers on the album include Jeff’s highly personal interpretations of songs written by Bob Dylan (“Just Like a Woman”); Sylvester Stewart (“Everyday People,” recorded by Sly & the Family Stone); Joe Green (“Don’t Let the Sun Catch You Cryin’,” recorded by Louis Jordan, Ray Charles and others); Bob Telson (“Calling You,” recorded by Jevetta Steele for the 1987 film Bagdad Café); Morrissey and Johnny Marr (“The Boy with the Thorn in His Side” and “I Know It’s Over,” recorded by the Smiths); Booker T. Washington “Bukka” White (“Poor Boy Long Way from Home,” from a 1939 “field” recording made by John Lomax) and John Paul Jones/Jimmy Page/Robert Plant (“Night Flight,” recorded by Led Zeppelin).

Rounding out You And I–Extended Edition are two pieces of original music: an early studio recording of his signature song “Grace” (which Buckley cowrote with Gary Lucas) and “Dream of You And I,” a mysterious and haunting piece which informs the deeply intimate and profoundly personal mood of the album.

Long rumored to exist, but previously unheard outside the studio, these performances have never been bootlegged or released to the public in any form. These seminal recordings are a fan’s Holy Grail, a rare opportunity to hear Jeff Buckley in peak form, developing his artistry through a series of spellbinding solo performances, each one captured in pristine sonic detail.

The Columbia/Legacy release of Jeff Buckley’s You And I has been overseen by the artist’s mother, Mary Guibert.

“As we began to explore how we might celebrate the 20th anniversary of Jeff Buckley’s Grace, the vault–as it still occasionally and unexpectedly will–presented us with an unbelievable gift: this “lost” cache of studio recordings from the period,”  said Adam Block, President, Legacy Recordings.  “We quickly realized how remarkable they were.   They offer an incredible, rare glimpse of an artist, alone, in the sacred space that is the studio.  There’s an intimacy and an honesty to the performances that’s literally breathtaking .  You And I is an important addition to Jeff’s recorded legacy and will be a thrill for both his devoted longtime fans and newcomers alike.”

You And I is simply that, just Jeff Buckley and the listener alone together in the studio while he plays and sings the music that means the most to him in that moment.

The newly found solo tracks on You And I showcase Jeff Buckley’s otherworldly once-in-a-lifetime voice, transcending technique to make a direct connection between the earthly and the divine. Named One of Rolling Stone’s 100 Greatest Singers of All Time, Buckley was also an accomplished electric guitarist, the 6-string accompaniments on these recordings adding astounding depth and sublime emotional dimensions to these unforgettable performances.

Buckley’s extraordinary live shows launched one of the fiercest bidding wars of the 1990s before the artist decided to sign with Columbia Records, the home of many of his musical heroes, in October 1992. In February 1993, he went into the studio to create the newly uncovered tracks on You And I, which includes a never-before-heard original composition and studio versions of his Sin-é repertoire.

Jeff Buckley only completed one studio album, 1994’s Grace, before his life and career ended with his tragic drowning in Memphis on May 29, 1997.

Though scant, the discography of Jeff Buckley has received universal critical accolades and continues to create new fans and followers drawn to the music of a singular visionary artist whose voice, guitar work, songwriting and interpretative skills transcended all categories.

The newly discovered studio recordings on You And I represent an essential addition to the discography of one of the great American musical artists of the 20th century, a significant look into the creative process of a developing genius.