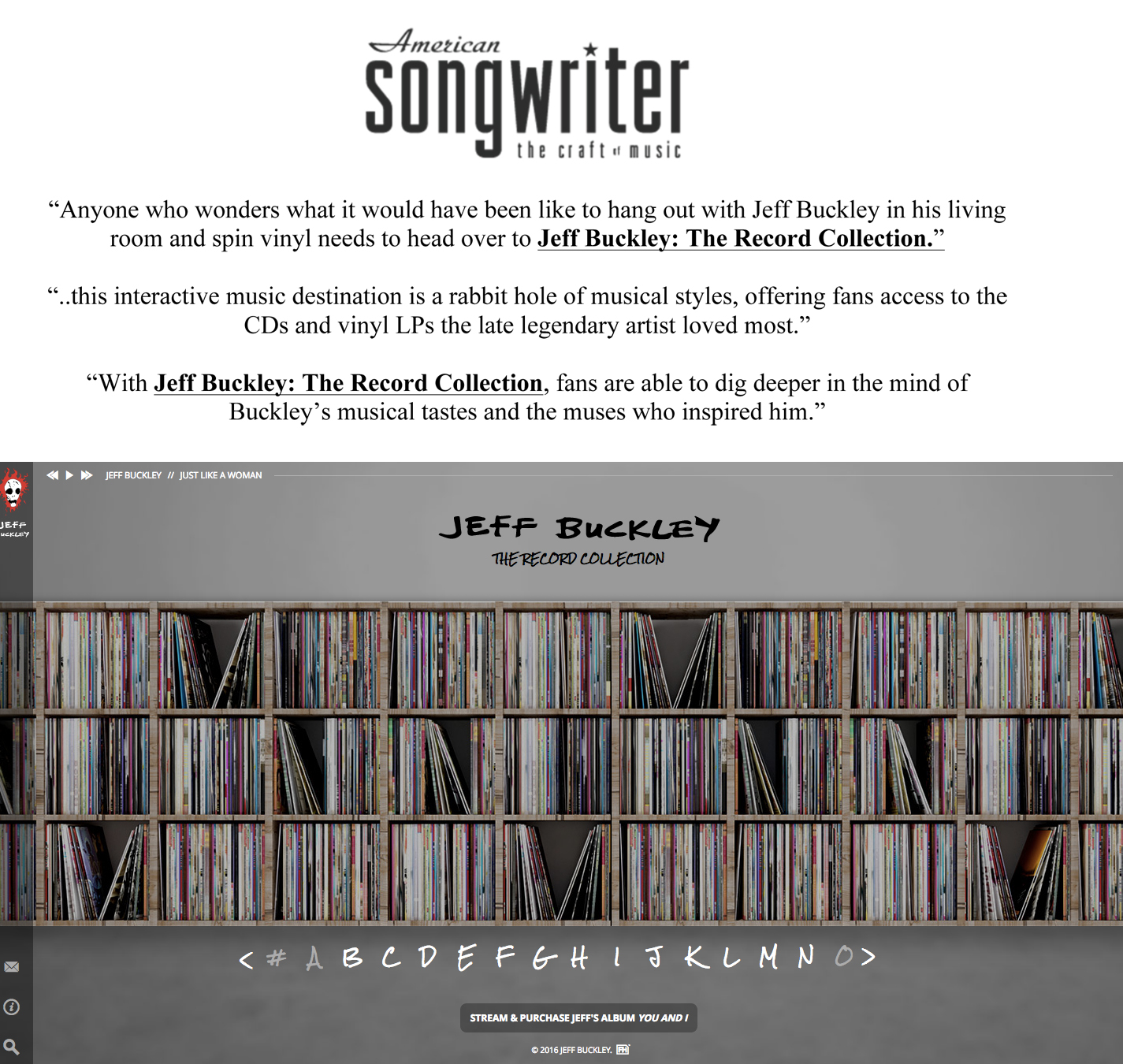 Have you explored Jeff’s Record Collection yet?

A groundbreaking and intimate online experience, Jeff Buckley’s Record Collection provides a comprehensive overview of the influences and inspirations that Jeff incorporated into his own music, including You and I, the recently-released collection of his first studio recordings from 1993, now available for streaming and purchase on the site, and Grace, Jeff’s Columbia Records debut album first released on August 23, 1994.

Now, 22 years after the release of Grace, Jeff Buckley: The Record Collection gives fans a chance to spend a summer’s day (or night) with Jeff and his music. The music press–mainstream and underground–has been enthusiastically enjoying Jeff’s Record Collection since the launch of the site on July 18.

Like spending the day with Jeff in his apartment listening to music, the site allows fans to play and share any song from any album in Jeff’s personal collection via 30 second previews or access to Spotify for full song playback. On the site, fans can navigate through Jeff Buckley’s record collection by using arrows and the alphabet. Hovering over album spines reveal album information and the ability to stream music.