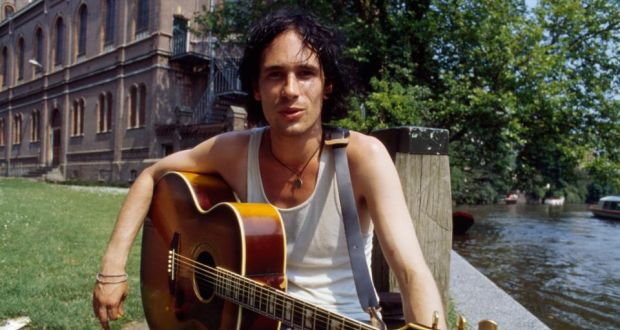 The Irish Times on Jeff Buckley: death, fame, immortality – and another album

The late singer-songwriter stepped fully formed into the studio in 1993. Two decades after his death his estate is releasing a new collection of out-takes, under his mother’s guidance

Depending on your frame of reference, Jeff Buckley might be the biggest artist that never was, his short but impactful career ending after a fateful night on May 29th, 1997, when he drowned in Wolf River Harbor, in Memphis. Others knew him as the estranged son of the singer-songwriter Tim Buckley, the two bound by their voices, aesthetics, surname and untimely deaths. And for some who should know better, his version of Hallelujah was the precursor to Leona Lewis’s version.

As Mary Guibert answers her phone in the early hours in Los Angeles, it occurs to me that he was also the son of a mother, one who has agreed to rekindle some memories for our conversation. “The loss is so deep and so penetrating that I actually welcome the opportunity to grieve,” she says, sounding unexpectedly animated. “For me it’s far more soothing than throwing myself on a grave or slinging myself on my tear-stained pillow. I cry – I do cry – but this is a healthier outlet for me.”

How then, as mother and manager of Buckley’s estate, does she feel listening to You & I, the latest and possibly last collection of out-takes? “I keep a hanky with me at all times, honey,” she says. “But I’ve learned to leave the mother in the other room and bring in the musician and producer.”

For the most part the album is taken from Buckley’s first studio session, at Shelter Island Sound in New York, in February 1993. Newly signed and needing to hone his sound, he experiments on covers from Just Like a Woman to Everyday People, as well as recording embryonic versions of Grace and You & I. In the session Buckley assembles the palette with which he would paint Grace, his only complete studio album, and displays his four-octave vocal range, trademark flair and control, all fully formed on the day he stepped into the studio.

Particularly poignant is a cover of The Smiths’ I Know It’s Over, partly because Buckley’s delivery could break most hearts and partly because of its foreboding lyrics: “Oh mother, I feel the soil falling over my head / You see the sea wants to take me / The knife wants to slit me / Do you think you can help me?”

Despite Guibert’s strong spiritual beliefs she is less inclined to believe there’s anything in it. “He’s always been attracted to poetry and literature that’s big on symbolism, and water and death has always been a subject that he brings together,” she says. “Whether that was clairvoyance, who can say. It’s entertaining to speculate about that.”

Guibert, who is 67, reflects more on her son’s 30-year life than on his death, emphasising his enduring popularity and influence – just ask Radiohead, Muse or Rufus Wainwright. “I’m a silver-linings kind of person, and look how many people his music touched. With all due credit to the captains of industry, they” – Columbia Records – “couldn’t create this kind of appreciation, especially as I’ve been so sparing in letting them do what we do.”

“Sparing” isn’t the most obvious description of his posthumous releases; for a singer-songwriter who died 19 years ago Jeff Buckley is remarkably prolific. Since Grace, – which is a self-contained 52-minute career – Sketches for My Sweetheart the Drunk showcased ideas for his second album; Songs to No One displayed doodles and live performance; and So Real: Songs from Jeff Buckley was a compilation of live and demo tracks that gave Buckley his first Irish number one. There are no fewer than five live albums, a box set and, now, You & I.

Guibert says she has been careful to ensure the quality of each release. “The whole point for me to step in was to say, ‘Okay, we’re not going to dump everything that Jeff ever uttered on to the world,’ ” she says. “And Columbia have listened to me. And they didn’t have to. When you have a certain amount of recorded material that may or may not be appropriate for release, you have to be very diligent to maintain the aesthetic that he created and his power in music. That’s the nail on which we have hung every single project.”

What of those who say there’s too much posthumous material? “They’re totally entitled to never buy another album that I release, honey,” she says, laughing. “They can come and sit in my chair and see what it’s like. I cannot imagine anyone who really loves Jeff’s music not wanting to hear what we’ve put together for them.”

Which begs a follow-up question: what does she allow and what does she refuse? “A lot of the time it’s about concepts. They come and they want a greatest hits, and I say, ‘Jeff would have had to have one hit in order to have a greatest-hits album.’”

She chuckles, amused at the idea that he never broke the top 40 while alive. Discussing the contents of the Jeff Buckley archive, she says: “I have a three-ring binder, which is a listing of a huge catalogue: every little thing has a number. You’re talking 1998, when I asked for a list of everything they had, and they gave it to me. And it’s like a phone book.

“There’s not a minute that no one hasn’t heard before. Everything else is repeats of Grace, or radio shows where he did Grace songs, and those are the things I say no to – not repetitious stuff. We’re not going to remix or release things that have been released before because they’re in a different order.”

With the well running dry, Buckley’s legacy continues with other ventures. There’s the long-awaited biopic Mystery White Boy, first mooted in 2011 but delayed to distance the official biopic from Daniel Algrant’s Greetings from Tim Buckley, from 2012. (Guibert says the movie is “so full of lies, conflict and bullshit”.)

“When you close down a project people ignore you, they go away, they go on to other things,” she says. “But Reeve” – the actor and singer-songwriter Reeve Carney, who starred in the Broadway musical Spider-Man: Turn Off the Dark – “is still my Jeff. I have picked a director, and he has picked a screenwriter. That’s all I can say.”

On stage, The Last Goodbye, a Jeff Buckley musical based on the story of Romeo and Juliet, is expected to appear in London next year. Ireland is on Guibert’s radar, too, she says. And two commemorative dates are approaching: November 17th, when Buckley would have turned 50, and May 29th, 2017, the 20th anniversary of his death.

Guibert won’t be going big any other events. “It’s a grassroots thing: I stay at home, and try to support what the fans do on their own, rather than create a Mystery White Momma tour.”

You & I is released on March 11th through Legacy Recordings