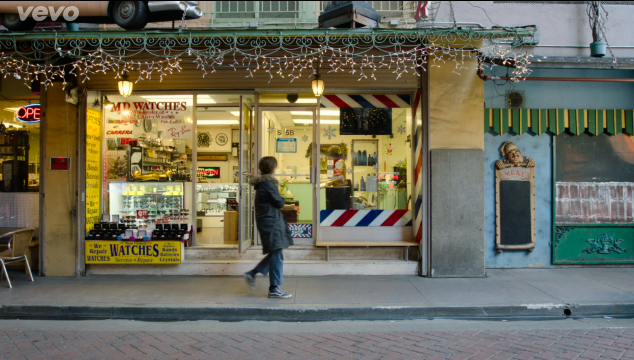 The second short film from Ground Seven and Amy Redford premiered today on Vice.com. The video was made for the first single “Everyday People” from the upcoming Jeff Buckley album, You and I, which releases on March 11.

The Jeff Buckley collection of unreleased covers and studio sessions, You and I, releases on March 11 on Columbia/Legacy Recordings, and boy oh boy are we excited. The album is full of incredible work by one of the greatest voices of the last few generations, featuring that voice singing some classic heartbreaking songs by The Smiths, Bob Dylan, Led Zeppelin, and more—on top of some original work. There’s also a cover of Sly and the Family Stone’s classic earworm “Everday People,” the video for which we’re premiering the below. Throughout the visual, which was executive produced by Amy Redford, we follow a mysterious woman as she walks through New York City, an appropriate setting considering Buckley made his name playing on the streets of the East Village in the 90s, as she’s meeting all sorts of “people” you might call “everyday” ;).

Anyway, watch the video and listen to the song because both are beautiful and I also just typed a winky emoji on Noisey for our Jeff Buckley premiere. Punk lives!