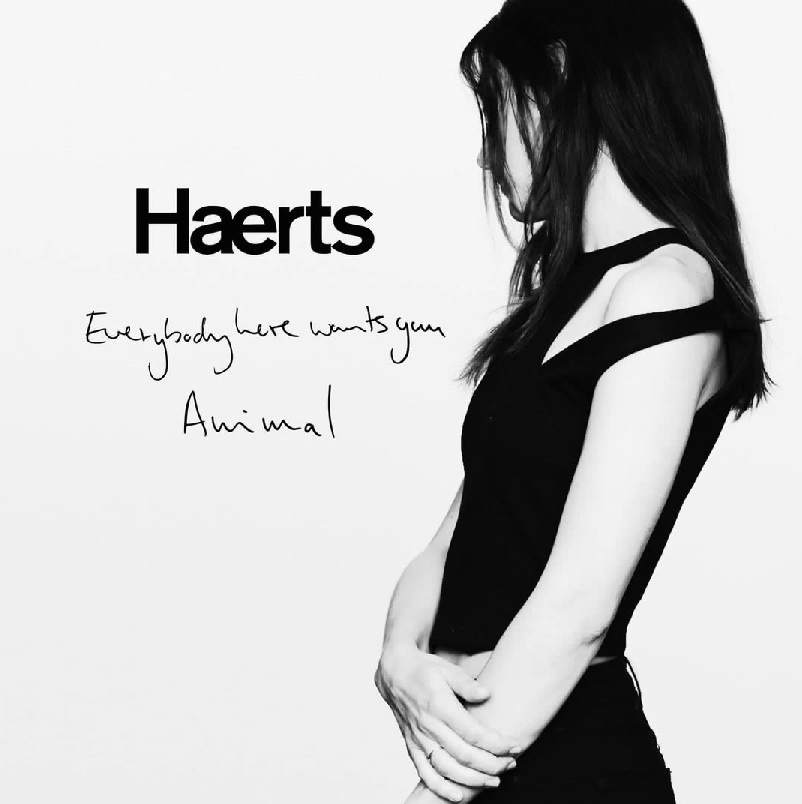 (Columbia Records; New York, NY; June 23, 2015) – Today HAERTS premiered their stunning cover of Jeff Buckley’s “Everybody Here Wants You” on EW.com, check it out here: http://smarturl.it/HAERTS_EHWYAudio. After recently listening to Sketches For My Sweetheart The Drunk and rediscovering the song, HAERTS serendipitously recorded their version of “Everybody Here Wants You” on the 18th anniversary of Buckley’s death last month.

“We were in the studio working on new HAERTS material when we started listening to it and, after one listen, the words and melody were instantly stuck in our heads. I think sometimes someone else’s material can express exactly what you’re feeling at a certain time — better than you yourself could — and that happened with this song, and that’s why we covered it. We learned and recorded it the same day, to capture that moment.” – Nini Fabi

In addition, HAERTS has released an original track titled “Animal,” listen here: http://smarturl.it/HAERTS_AnimalAudio. Recorded while working on their self-titled debut album, “Animal” is a song that the band has always loved, but one that didn’t fit the overall aesthetic of the LP. “The music of ‘Animal’ was inspired by a short video clip we saw at a movie theater. The clip showed an underwater scene of sea creatures moving around each other in some sort of crazy dance. During the writing and production process, the song took on a life of its own, but we always felt that there was something animalistic about it and the title is still referring to that initial image.” – Benny Gebert

“Everybody Here Wants You”
“Haerts”